ON AUGUST 9TH A NEW AND IMPROVED VERSION OF PIRS WILL GO LIVE!!
Check your mailbox or refer back to this website for instructions on how to access the new PIRS! More Info

Administering and implementing Delaware's code of conduct for the executive branch.

The State Public Integrity Commission administers and implements Delaware’s ethics law (Code of Conduct) for the Executive Branch; its financial disclosure law for all three branches; and its lobbyists’ registration and expense reporting laws.

To aid those subject to the law in complying, the Commission issues advisory opinions on a case by case basis; publishes its opinion synopses annually; and offers training through the State Personnel Office’s Training Unit and by scheduling classes with agencies when requested. It also may act on sworn complaints which allege violations of the laws. Procedures for requesting advisory opinions or filing complaints are in the statute and the Commission’s rules. 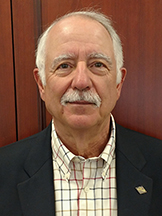 Mr. Manus was confirmed as a Commissioner on March 28, 2018, for a seven-year term expiring in March 2025. He was elected Chairperson in 2020. Mr. Manus received his undergraduate degree from the University of New Hampshire and his Master’s degree from Texas A&M University.

Mr. Manus’ very active retirement includes managing his wife’s family farm. As part of his management duties he practices land stewardship of forested tracts and rehabilitates and repurposes old farm outbuildings. In his spare time he enjoys being a hobbyist woodworker.

Prior to his retirement, Mr. Manus was the Director of Conservation Programs at The Nature Conservancy in Milton, Delaware from 2004-2014. As Director he managed conservation stewardship operations and land protection staff and assisted staff in promoting ecological restoration/management projects and private lands protection strategies.

Mr. Manus worked for the Delaware Department of Natural Resources and Environmental Control (“DNREC”) from 1990-2001. He was the Deputy Director of the Divisions of Soil and Water Conservation and Water Resources for three years before being appointed Director of the Division of Fish and Wildlife, a position he held for eight years. Mr. Manus was responsible for providing leadership and strategic direction for the Division of 126 full-time employees, 75 seasonal workers and a volunteer corps of 300 individuals. He provided direction to scientists and other professional staff in the development of research, regulatory, planning and enforcement programs designed to manage and conserve the fish, wildlife and habitat resources of Delaware. Mr. Manus administered an operating budget of $13.5 million, a land acquisition budget of $6.5 million and a capital budget of $2.5 million. In addition, he implemented two legal settlement agreements that totaled $11.5 million.

Between 1980 and 1989, Mr. Manus was Assistant Director and Executive Director of the University of Delaware Sea Grant College Program. He managed the Program through multidisciplinary activities in research, education and technical assistance. Mr. Manus oversaw a budget totaled $2.5 million for a staff of 35. 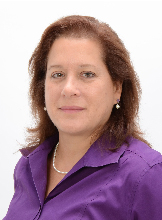 Mrs. Whetzel was confirmed as a Commissioner on June 15, 2016 for a seven-year term expiring in 2023. Mrs. Whetzel was elected Vice Chair of Policies & Procedures in 2016.

Mrs. Whetzel has lived in Delaware since 1976. She graduated from Newark High School and earned a degree in Finance and Economics from the University of Delaware. After college she worked in financial services and was a Trust Officer with American Guaranty & Trust Company. In 1993 Mrs. Whetzel chose to stay at home with her two (now adult) children. She became active in their schools, the neighborhood, and the greater community through charitable and volunteer activities. Mrs. Whetzel is currently the Executive Vice President and Chief Financial Officer for her family’s property management business, Thinking Eye Dog, LLC.

For over 25 years Mrs. Whetzel has been an active volunteer in the nonprofit sector, serving on the Ministry of Caring Guild Board (treasurer), the New Castle County Adopt-a-Family Board, and the Delaware Community Foundation Board. She recently completed a two-year term as Chair of the Fund for Women and has held other offices on the organization’s board since 2008. During her term as Chair the Fund increased its membership by 28% from 1,297 members to 1,660, the largest increase since the organization was founded in 1993.

In addition to the board activities, Mrs. Whetzel also volunteers for Kind to Kids and Child, Inc., serves as an advisor for the Delaware Community Foundation’s New Castle County Youth Philanthropy Board, and is on the steering committee for ERANow. She also represents the Fund for Women on the Delaware Grantmakers Association and is starting her 10th year as a mentor through Creative Mentoring at Shue-Medill Middle School.

Mrs. Whetzel and her husband Robert reside in Newark. 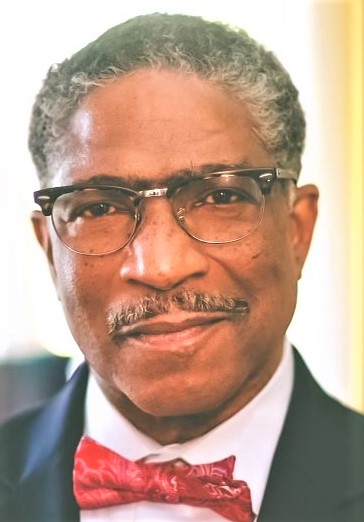 After serving in the U.S. Air Force, Mr. Moore began his career in higher education. He has had a distinguished career in the public and private sector. Mr. Moore has held administrative and teaching positions with area colleges and universities and served as Vice President with Apex/Pryor Securities, an investment bank. He has been active in education, civic and community organizations. Mr. Moore is currently serving as a Reading Interventionist for Chester Community Charter School and is a Commissioned Ruling Elder of New Castle Presbytery. He is a Ruling Elder member of Council at Community Presbyterian Church. Mr. Moore serves as Moderator and COMC liaison of Christiana Presbyterian Church and liaison of New Castle Presbyterian Church.

Mr. Moore completed extensive graduate coursework in Human Resources at the University of Delaware. He is a former Delaware State Representative, a former President of the Board of Read Aloud/Delaware and Secretary to the Board of the Walnut Street Y. In addition, Mr. Moore is past Chair of the Grants Committee of the African-American Empowerment Fund/Delaware, a Life Member of Kappa Alpha Psi, Fraternity, Inc. and a member of Star in the East Lodge #1 F & A.M. PHA.

Mr. Moore currently resides in Wilmington. He is the father of two adult children, Ian and Justin.

Mr. Tobin has served many years in private sector positions, both for-profit and non-profit. His work has included managing budgets of more than $500,000, and other fiscal aspects such as inventory control, asset management and audit reviews. He is presently a credit manager and safety director for George Sherman Corporation, Lewes, Delaware. He also has an extensive background in sales, and trained and mentored new and existing sales staff.

His public sector experience ranges from 7 years of active duty in the U.S. Coast Guard, where he developed extensive emergency management skills, to training fire company members on Small Boat Handling in conjunction with the Delaware State Marine Police.

He has long been an active member and officer of organizations in the fire and rescue areas, serving as Treasurer and Co-Chair of the Fire and Rescue Boat Committee, Memorial Fire Company; Sussex County Technical Rescue Team as the Finance and Budget Executive, and member of the Delaware State Fire Police and Indian River Fire Company; and Executive Administrator, assistant treasurer, finance Board member of Georgetown American Legion Post #8, Ambulance State #93.

Aside from his interest in fire and safety, he is active in his community as Treasurer, Lower Delaware Shield and Square; American Legion Post #5 member; St. John’s Masonic Lodge member; DE Consistory member, and Nur Temple member.

Ms. Smith retired from Sussex County government in November 2013, after 44 years of dedicated service. During her employment, Ms. Smith worked her way up the career ladder from an entry level position to become the Director of Data Processing. Ms. Smith developed the computer software used by all County employees.

Ms. Smith received her Associates Degree from Delaware Technical & Community College in Georgetown and was a member of the school’s first graduating class. During the course of her career, she also received several training certificates from IBM.

Ms. Smith has previously served on the Delaware Technical and Community College Advisory Computer Information Systems Board. She has been involved in community activities such as the Lions Club and the Bridgeville Volunteer Fire Company. She attended Chaplain Chapel and is now attending Union United Methodist Church of Bridgeville. Ms. Smith has become a Fund for Women Founder, a Delaware organization that raises funds for various charities throughout the State.

She currently resides with her husband Thomas and their dog Greedy in Bridgeville, Delaware.

Senator Simpson is a graduate of Milford High School. He has a Bachelor of Science in Pre-Veterinarian Medicine and a Master’s of Science in Agricultural Economics, both from the University of Delaware.

Senator Simpson began his career as a 2nd Lieutenant in the U.S. Army Medical Service Corps. After his military service he spent a few years working as a real estate agent and then spent two decades as a management executive working for the Delaware State Fair and the Harrington Raceway. Senator Simpson returned to the University of Delaware as the Assistant Director of University Relations from 1992 to 2012 and was a State Senator from 1998 to 2018.

Senator Simpson is a past board member of the Milford Housing Development Council; the Cape Henlopen Senior Center; March of Dimes; and a council member of the U of D Sea Grant Advisory Council. He has also served as a board and Executive Committee member for Bayhealth Medical Center, Milford Memorial Hospital and the Council of State Governments where he was Chair of the Agriculture Committee for the Eastern Region. Senator Simpson was previously President of the Milford High School Alumni Association, a charter member and President of the Delaware 4-H Foundation, member and Elder of the Milford First Presbyterian Church and a softball coach and umpire. He most recently stepped down from the Delaware Economic & Financial Advisory Council and the Southern Region Education Board.

Senator Simpson is a board and Executive Committee member for the Delaware State Fair, Inc. and is a member and board member of Eagle’s Nest Fellowship Church.

A Widener University School of Law graduate (cum laude), Ms. Moreau was a member of the Delaware Journal of Corporate Law. During law school she received two awards for her writing submissions. The Herman V. Belk Memorial Award was given in recognition of excellence in writing for an article written to gain admission to the law review in 2003. In 2004, she received the Donald E.Pease Best Student Article Award. Ms. Moreau’s award-winning article was published in the law review. (Foreign Trade Antitrust Improvements Act: A Three Ring Circus – Three Circuits, Three Interpretations (Delaware Journal of Corporate Law, Vol. 28, No. 3, 2004)). During her third year of law school, Ms. Moreau worked at the Delaware Department of Justice and was provisionally admitted to the Delaware Bar under Delaware Supreme Court Rule 55. That admission allowed Ms. Moreau to prosecute misdemeanor cases in Family Court before graduating from law school.

Ms. Moreau was formally admitted to practice law in Delaware in 2004. She was also admitted to the U.S. Third Circuit Court of Appeals. Ms. Moreau continued her career at the Delaware Department of Justice as a Deputy Attorney General for the Criminal Division. While Ms. Moreau was a prosecutor, she handled hundreds of cases, in a variety of courts. She has practiced in Family Court, the Court of Common Pleas and Superior Court. Her varied caseloads included crimes involving domestic violence, juveniles, sexual assaults, guns, drugs, property, robbery, burglary, and murder. Ms. Moreau’s work as a prosecutor allowed her to gain extensive trial experience.